It was my first year of teaching Advanced Placement English Language students. I was standing outside near the school bus waiting for my thirty-one students to take the bus back to school after taking the AP exam at the district office. As my students filed onto the bus I noticed that one of my best students, Ann, looked angry and was fighting back tears. Being a caring teacher I pulled her aside and asked her what was wrong.

She looked at me as if I had completely ruined her life.

“You failed us. You didn’t prepare us for that test. There were terms and concepts on that test that I had never seen before. You were too easy on us. I can’t believe how badly you let us down.”

Then she walked away from me.

I was stunned. Yes I was a first year teacher. Yes there were no other AP11 teachers to help me find my way. Yes I had four preps including running the student newspaper, but that’s not what undid me. Here’s why I failed her.  I thought these AP students would pass the test no problem- go over some tests ahead of time, get study guides for everyone, and they would self-direct themselves to success. I was completely infatuated with the whole democratic classroom, student choice, group work pie-in-the-sky feel-good they teach you in your credential program. We had fun in class, we explored… but I had students counting on passing that test. They had paid money for the test- and I had no clue how poorly I was preparing them for the test. I didn’t know what I didn’t know. Only Ann had the courage and smarts to stick-it to the man and tell me the truth that I had failed to see. 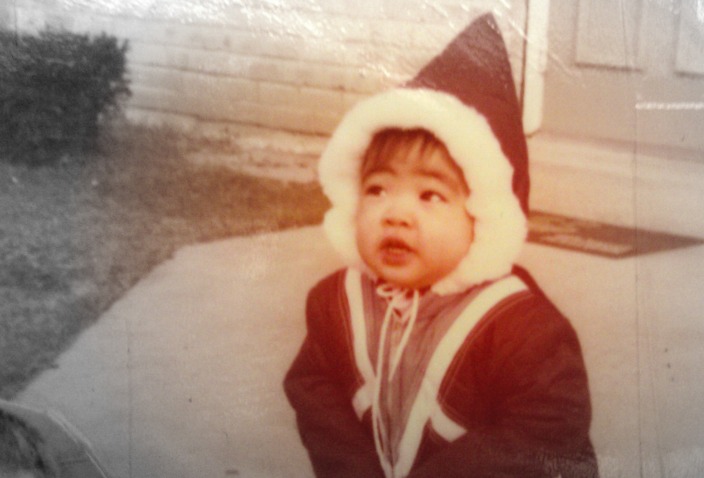 How could I let this kid down so badly?

On June 6th of 2002, Secretary of Defense Donald Rumsfeld, spoke about the failure to see a crucial truth. He told an assembled press corps “There are known unknowns. That is to say, there are things we now know we don’t know. But there are also unknown unknowns.  These are the things we do not know we don’t know.” At the time people mocked him for his “unknown unknowns” as some kind of Republican/Military smokescreen. They obviously had never heard of the medical term Anosognosia.

A few years ago I had my students read “The Anosognosic’s Dilemma: Something’s Wrong but You’ll Never Know What It Is” an article in The New York Times written by Errol Morris the creator of the movie The Fog of War. No article resonates with my students like this article. You really need to read it. They are abuzz the next day in class. I highly recommend reading it with your students. It works with so many pieces of literature.

Anosognosia: a deficit of self-awareness, a condition in which a person who suffers certain disability seems unaware of the existence of his or her disability.

The article basically illustrates that we as human beings: 1. Know things 2. Know we don’t know things 3. Don’t know we don’t know things. That third item is what gets us into trouble as teachers, leaders, principals, innovators etc…  If we don’t know what we don’t know, then we can make catastrophic mistakes even if we have the best intentions, even if we research and plan and learn everything we can about an issue. The unknown unknowns are the ultimate blind spot and they are the reason why it is mandatory that we solicit and listen to the opinions of those who will be affected by our own decisions.

There is one big problem with this concept of unknown unknowns. The more cognitively challenged you are (I guess you could use the word dumb) the less likely you are to realize it. According to research by David Dunning and Justin Kruger “the authors found that participants scoring in the bottom quartile on tests of humor, grammar, and logic grossly overestimated their test performance and ability. Although the [study subjects] test scores put them in the 12th percentile, [the study subjects] estimated themselves to be in the 62nd [percentile]. Several analyses linked this miscalibration to deficits in metacognitive skill, or the capacity to distinguish accuracy from error. Paradoxically, improving the skills of the participants, and thus increasing their metacognitive competence, helped them recognize the limitations of their abilities.”

I guess it’s true what they say:

“The further you go, the less you know.”

I see this all the time in my class. The truly smart students are always second guessing themselves or taking the time to consider various possibilities, because they KNOW things and can conceptualize possibilities so they want to examine the problem from every angle. But what do we do about the students, teachers, or administrators who think they are smarter than they actually are? What should everyone do to make sure they are not falling prey to unknown, unknowns?

The ultimate solution would be for teachers, admins, students, anyone to get training and experience as soon as possible, so that you can more accurately self-assess your own limitations. However, how many mistakes will be made before that awareness reaches an acceptable level of competency? What if it never does?

Think of you driving a car. You are a great driver: careful, smart, defensive, and yet, if you fail to check your side mirrors you can plow right into someone. In order to make the correct choice you must see it from another perspective and that other perspective is not your inner court of friends or sycophants. My superintendent has this great concept of thanking and cultivating a “board of directors.” But what you really need is a few people who are master B.S. detectors. A true Blind-Spot mirror person (detector) is someone who has made you mad in the past with their observations- not their meanness or pettiness, but rather they poked at an idea that you hold sacred or that you worked on and valued. You MUST have a few of these BS detectors on call. Guess what? People who are natural “BS detectors” love playing devil’s advocate; poking holes in the sacred etc… it’s their job in life to show you another view of the world flying past you.

I’ll give you an example or two from my own school/life:

A few years ago my principal held a whole staff meeting in the library. He brought up an area of focus for the whole school that he was really excited about. He talked about it and put it up for a vote and the vote didn’t pass. He wasn’t happy. He failed to follow the cardinal rule- don’t ever put anything you care about up for a vote unless you already know you will win. If he had talked to a few teachers who were honest with him he would’ve seen the natural push-back against his line of reasoning and he could have found a few key teachers to speak up for his idea and the vote would have changed. Luckily for him he eventually pushed through a similar idea (it was originally a good idea with a bad introduction), but it took far longer than it should have.

When I first finished my teaching credential we had the option to earn a master’s degree by taking only four extra classes. I didn’t take them up on their offer, because I told myself there is NO WAY I was getting a Master in Education. I wanted a “real” Master degree in English so I could teach in college. Some of the veteran teachers around me told me to do the four class version and get my English Masters when I was ready. I didn’t listen. Well six years and one kid later I tried to go back to that four class option but the offer had expired six months earlier. It cost me an extra $7,000 dollars and an extra year to recover from that choice.

As a teacher I am lucky enough to have thirty-seven Blind Spot detectors in every class. This is why I try to always include my students in the mix when I am creating a new lesson idea. I ask for feed-back, I bounce ideas off of them I make modifications. They are my marketing focus group.  I need to allow them the chance to speak, but more importantly,  I need to really LISTEN to them and strive to understand what they are saying to me even though it goes against my experienced and credentialed known knowns and known unknowns. Sometimes I tell them “I need to think about what you said” (I do this with my wife too, even though she is usually right) and then the next day I usually incorporate what they said into my new plan. It’s hard to have your ignorance thrown in your face especially when you are supposed to be the teacher/leader of the group.  It’s humbling, but useful. Haven’t we learned after thousands of years of stories the dangers of hubris?

Ann was right. Of course she was. She didn’t go to Yale and become an amazing person by being stupid. Luckily I listened to her and changed my teaching methods. I kept the risk-taking fun part, but mixed in a little bit of the drill-sergeant learn this and it might save your life (aka Mr. Scary-o).

Perhaps your Blind Spot detector will only save you embarrassment or perhaps you BS detector will save you more than that. Thank you Ann for being my first BS detector and for keeping my Anosognosia at a minimum, as I learned how to teach and lead.

PS- Anosognosia is somewhat related to the Dunning-Kruger effect which we discuss in class. The Dunning-Kruger effect is important for students to understand because they will constantly have to deal with people around them and people in charge of them who are suffering from the D-K effect and will struggle to explain to the effected the truth of the matter. As teachers we have to deal with this all the time. How many times have you struggled to find the right words to tell a student that they just aren’t very skilled at your subject or that their poem that they slaved over for two days… just isn’t very good?

PPS- Students and teachers alike struggle with remembering and pronouncing Anosognosia. If that’s the case and you still want to sound “wicked” smart feel free to refer to it as the Dunning-Kruger effect (or the D/K effect which may produce humorous inferences) or refer to it as Scotoma. As in “Wow there must have been a wave of Scotoma in the LA Unified School district when they developed their 1:1 iPad plan.”

PPPS- Ann and her wonderful husband recently took me and another teacher out to breakfast in Long Beach. She is doing well, has many awesome life stories (she worked for Sesame Street and now works for Apple) but what I most love is seeing her with her awesome kid…. of course I did know that would eventually happen.