There are many games people play everyday. People play chess, poker, kick the can, or even a board game or two. Heck some people play thermonuclear war with their computer.

“Let’s catch a student not paying attention in class and bring it up.”

Here’s how to play the game:

Materials: A lesson- a classroom

Gameplay: After observing a lesson the Edu leader holds a conference with the teacher. Since advanced pedagogy is an uncomfortable and potential boring subject we focus on something easier to spot.

Edu Leader says “Hey, did you notice that one kid in back of the room?” (sleeping/looking at their phone/reading a comic book/eating/or anything but looking at the teacher)

Teacher: “Yeah” (or no, it doesn’t really matter the response)

Edu Leader/Principal/Master Teacher: “Well what are you going to do to get their attention, to spark engagement?”

At this point the Edu Leader feels pretty good. I mean there’s some coaching going on, there’s some reflective thinking and evaluation, it’s all kinds of goodness. I mean EVERYONE knows that 100% student engagement is the ultimate goal. I mean even Dave Burgess hammers this point home when he says in his Teach Like a Pirate book “could you sell tickets to your class?”

The point being that if your class was awesome enough kids would pay good money to attend your class and THEREFORE they would be paying REAL CLOSE attention. Right?

“Could you sell tickets to your class?”

So I regularly attend Angel and Dodger baseball games. I pay good money to sit in good seats. The Angels are blessed to have arguably the best player in baseball, Mike Trout, playing for them. I mean it would be like sitting in Dave Burgess’ or Ramsey Musallam’s class. No one is paying good money to ignore amazing talent right? 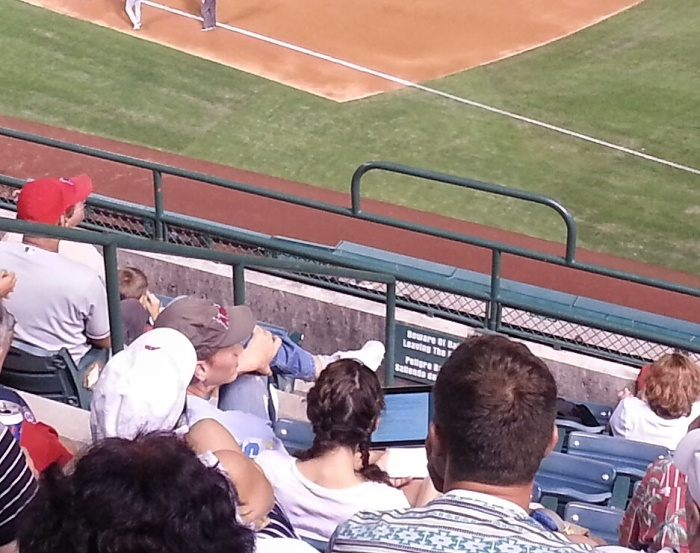 Come on David. That’s not fair I mean that’s a good student right there. Doing her homework when she should be paying attention (I mean you can’t fault someone for trying to get their homework done even though they should be paying attention), plus I mean she’s a girl,  right David?, girls don’t care about sports. (calling Kelly Kermode) What about an older guy David? They KNOW about how to act like a REAL fan.

Okay, but that’s just ONE guy David, and at least he’s in his seat, I mean no one would ever leave their  I mean the classroom during a  Ramsey Musallam experiment right?

David. Those people aren’t even wearing an Angels’ hat they aren’t REAL fans. What about someone who always brags about Mike Trout and LOVE I mean LOVES baseball. Those fans live and breath every at bat. Right?

Dang I thought freshmen boys messed around too much in class. Who are these jokers?

Well this is just depressing David. I mean you are making me want to leave class and go grab a smoke- even though Mike Trout is right there showing his TALENT as a showman. 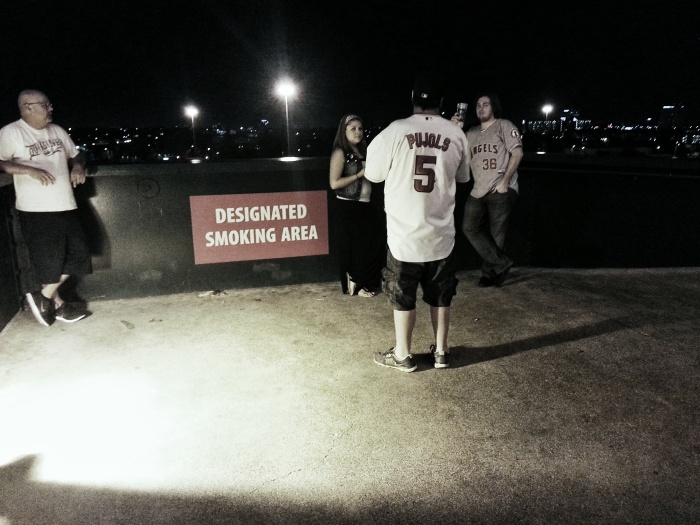 It’s been a rough year for Pujols fans. Remember in the 70s when every school had a “smoker’s field?”

Alright Theriault, this has gone far enough- I mean the Angles are TERRIBLE this year- it would be like asking a kid to pay attention to YOUR class. I mean if you had a real class a San Francisco class with kids who value education and a real teacher like Robert Provonost or Moss Pike THEN kids would be paying attention. It would be like those awesome SF Giant fans during a World Series game. There wouldn’t be a SINGLE eye anywhere but the front of the class right?

Alright David, but you have to admit baseball is kinda boring sometimes, and the fans today aren’t like the fans in the olden days. Those fans KNEW how to pay attention I mean there wasn’t even cell phones back then. 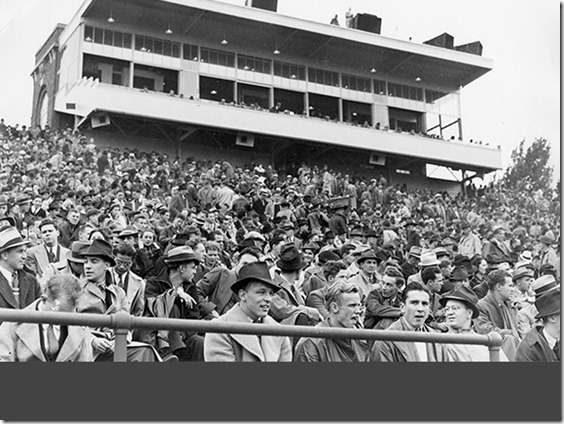 So here’s the deal. There are a TON of things to talk about in a lesson besides 100% attention or 100% being on task. I mean I’ve already outlined the problem with identifying student engagement. Even if we could have 100% engagement, that magical FLOW concept that is held as the holy grail of engagement. Is FLOW something that you always want for a student? FLOW means there is no evaluation going on, no metacognition, FLOW is ZEN- and I’m not sure you want your students doing their ZEN thing 24/7 in your class. (Well maybe….)

Confession time: I’ve been a Master Teacher for at LEAST ten student teachers (sadly it’s getting difficult to remember them all- although I’ve been lucky enough to mentor some our our best teachers at FVHS like Sean Ziebarth, Minnie Zeigler, and Steven Schultz.) Even I have played the “Did you see that kid in the back not paying attention?” game with my student teachers. It’s an easy game, a tempting game, but…

Stay tuned for another post early next week where I share my experiences with three different activities in class trying to achieve that elusive “100% engagement dream.”